I know, I know. Who Cares Right? 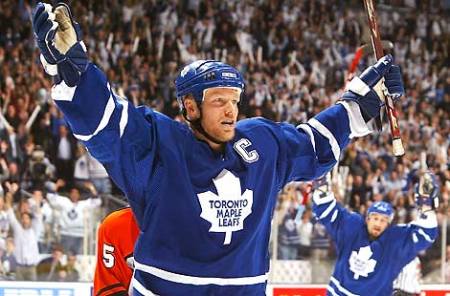 Sundin underwent a physical at a Toronto hospital Wednesday to prepare for a two-week, on-ice training stint in Los Angeles, reports the Globe and Mail, further fueling speculation of a return to action.
He’ll likely start in L.A. next week and could be ready to sign and play in four or five weeks. His time on the ice on the left coast will go a long way in determining if he still has the drive to perform. It is believed he will start discussions with suitable teams after this two-week period is over.
And with this news I am introducing a new aspect to talking hockey: A Poll!

Pic Of The Week 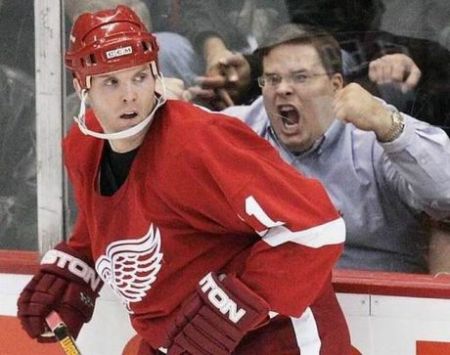 This is the first of many funny, random, bizaare, and interesting pictures I will feature on the blog weekly!

Picture of the Week |

It would appear that Ottawa Senators head coach, Craig Hartsburg has grown weary of the usual shuffling of the Sens top line.

Usually when the line is broken up not only is it a temporary thing but more often than not it is Captain Daniel Alfredsson finding himself on the second line.  Such is not the case this week, Coach Hartsburg has decided to go another route by sending Jason Spezza to the second line centering rookie Jesse Winchester and Nick Foligno.

The first line will see Alfie and Heatley being anchored by the veteran Mike Fisher. A long time coming for Fisher, his play was described by Hartsburg as being a guy who plays a straight line power forward-type game as a center ice man.” “He gets to pucks first, finishes checks, take pucks to the net and can be good defensively.”

Time will tell how these pairings will work out for the Sens. It does make a heck of a lot more sense to spread out the offense and take some of the defensive pressure off the top line. The question will be of chemistry I imagine.

It is nice to see Nick Foligno getting some more ice time as he has been one of the more consistently hard working players thus far in the season.

For those of you who can’t bare the notion of not seeing the dynamic duo of Spezza and Heatley play together, fret not.  The superstar tandem will still be logging minutes together on the power play. 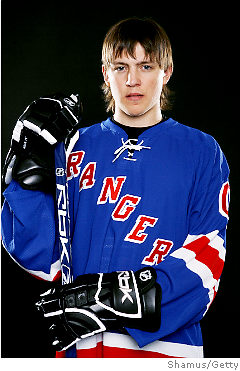 Cherepanov died after suffering a heart attack and collapsing on the bench during Avangard Omsk’s Continental Hockey League game against Vityav Chekhov.

It has been reported that Cherepanov suffered from from chronic ischemia, a medical condition in which not enough blood gets to the heart and other organs.

Investigators are fully looking into the case today and should have finer details as to why there was medical negligence on the part of the league and paramedic staff.

The Rangers observed a moment of silence in his honor prior to Monday’s 4-1 victory over the New Jersey Devils.

The 17th overall selection in the 2007 draft, Cherepanov had been playing with Avangard Omsk of Russia’s Continental Hockey League. He had seven goals and five assists in 12 games for Avangard this season.

Alfie Out For Weeks 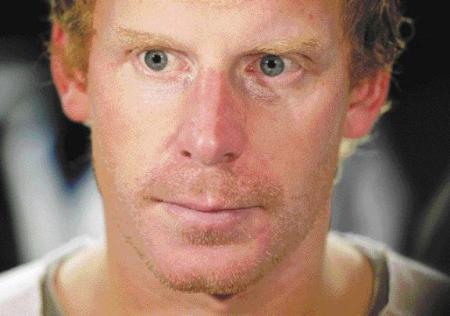 The bone was removed successfully and there is no prognosis on when he will return to the lineup.  The average time for athletes to heal from this type of procedure is usually 2-4 weeks. The Senators staff thought it would be best to get it done now so that Alfie could be healthy for the majority of the season thereafter.

In the meantime Jarko Ruutu will fill Alfredsson’s spot on the first line with Heatley and Spezza.  Luckily, the Senators have a less than demanding schedule over the next two weeks that sees them play a total of 5 games all at home.

I have included a link to a short animation of a typical bone chip being removed from the knee. 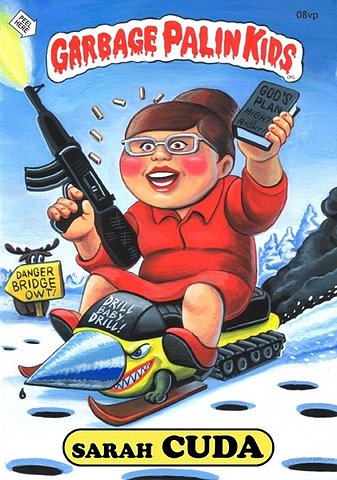 On Saturday October 11, 2008 Gov. Sarah Palin will drop the ceremonial puck as the Flyers face off against the Rangers in Philadelphia.

The Philadelphia Flyer organization have been searching for the ultimate hockey mom in the Greater Philadelphia Region through an on line contest which asked hockey players or hockey moms themselves to submit their hockey mom poster to the team.

I came across this information on nhl.com and thought to myself, what the hell? Since when does the nhl allow political morons to mix with hockey?

It seemed many shared my sentiment so much that when I clicked on the articles comment link not one person had anything positive to say about the puck drop or Palin herself.

Have a look or better yet, have a chuckle! 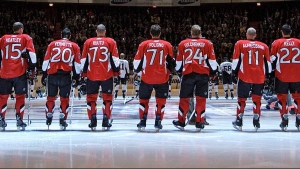 The majority of hockey pundits out there may have to adjust their original assessments of the 2009 Ottawa Senators.

The new look Sens managed to take 3 of a possible 4 points from the defending Eastern Conference Champions, Pittsburgh Penguins. The two teams opened their regular season in Stockholm, Sweden part of a European Premiere weekend.

Shakey goal tending from Martin Gerber and a bad turnover from Jason Spezza ultimately lead to the overtime loss on Saturday, but it was the hard working, tough play of the rest of the team that appealed to me most.

What really impressed me was that the style of play continued over to Sunday’s game that saw Alex Auld between the pipes putting forth a solid effort with a formidable cast playing around him.

This year’s team appears to have a new feel to it. It is one that seems to be doing the little things that were lacking in the past. We are seeing top forwards getting dirty in the corners and yes Dany Heatley blocking shots!

The additions of Jarko Ruutu are a welcome as is the presence of Kuba, Picard and Smith on the blue line.

The new Sens made it tough for the Pens to get anything done making them play Ottawa’s game and embedding a overwhelming sense of frustration in the hearts of the Penguins star players.

It will be interesting to see if Ottawa’s certainty of Gerber being number one lasts as the season picks up.

In the meantime the Senators have a full week to readjust to being back in North America and will make good use of their time to practice for their home opener Saturday against the Stanley Cup Champions, Detroit Red Wings.