PLEASE VISIT ME AT OUR NEW SITE: http://www.talking-hockey.com

So for those of you who may have noticed I have not posted any new stuff lately. This is due to version 2.0 of the site being worked on and finalized for the coming days and just in time for 2010! More details to come. Happy new year. 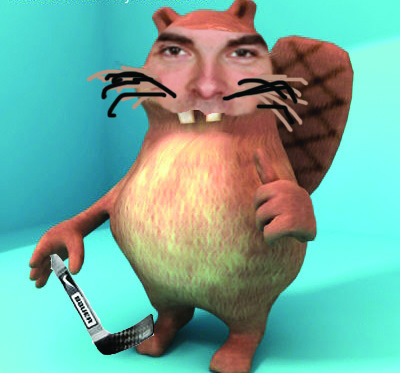 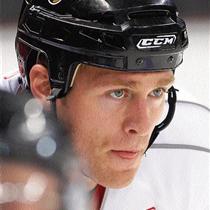 Winchester Ontario native and Ottawa Senator defenceman Matt Carkner got a big surprise today when he showed up for practice.

Nearly 3500 students from Casselman to Stitssville filled the seats of the practice facility as a part of an initiative to pass on hockey knowledge to today’s youths.  Recent studies suggest that less of our youth are enrolling in hockey programs compared to the enthusiastic 80’s and 90’s. The massive field trip served not only as a lesson for the children but a little bit of fun for everyone else, players included.

The kids brought a very welcomed energy to what would have been otherwise a case of the Mondays for the current North East division leaders. There were naturally the usual chants of : Go Sens Go and even the captain received a chorus of Al-Fie.. Al-fie.

No one had a cheering section of their own though except for local boy, Matt Carkner.  Behind the net of Pascal Leclaire was a group of students from Westport, where Matt now calls home. They held a banner for him that read: “Rideau Vista loves Matt Carkner.”

It would seem the veteran AHL’er is finally getting his due after years of toiling in the minors. Through his good positional play and aggressive demeanor Matt is really carving out a good reputation in the league.

Here is a look at his numbers thus far: 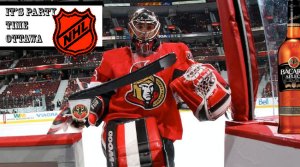 Picture of the Week | Tagged: Pascal Leclaire, The Next Generation |